Connect with Alums at an upcoming event. 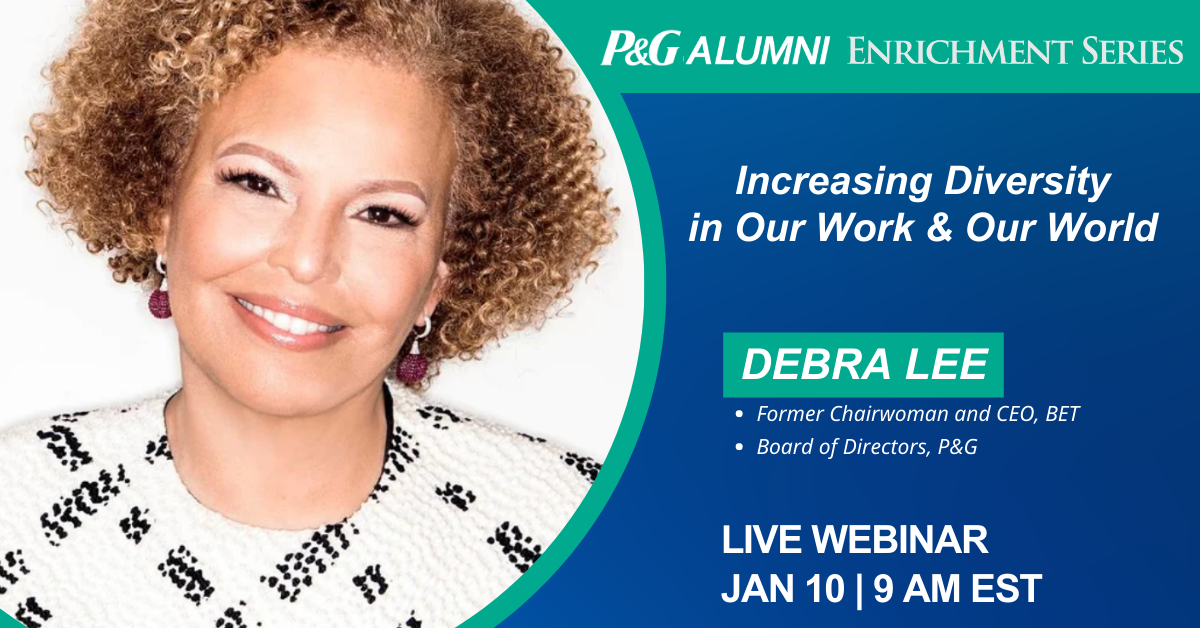 Join us on January 10th for a LIVE webinar with Debra Lee, Board of Directors at Procter & Gamble and former Chairwoman and CEO at BET, for a fireside chat on “Increasing Diversity in Our Work and Our World.”

About Debra:
Debra Lee serves as a Director on the Boards of AT&T, Burberry Group plc, Marriott International, and Procter & Gamble. Ms. Lee is also the Chairman of the Leading Women Defined Foundation, an association of U.S. black female strategic thought leaders located in Beverly Hills, California, which she founded in 2009. She has served in this capacity since June 2018. Ms. Lee is the Co-Founder of The Monarchs Collective, a venture created to put more BIPOC on corporate boards and in executive leadership positions. Ms. Lee served as Chairman and Chief Executive Officer of BET Networks (a global media and entertainment subsidiary of Viacom, Inc., headquartered in New York, New York) from 2006 until her retirement in 2018. Ms. Lee joined BET Networks in 1986 and served in several leadership roles, including President and Chief Executive Officer (2005-2006), President and Chief Operating Officer (1995-2005), and Executive Vice President and General Counsel (1986-1995).

Ms. Lee holds a B.A. in political science from Brown University, a master’s in public policy from Harvard University John F. Kennedy School of Government, and a J.D. from Harvard Law School.